Ooh – Look At All The Coloured Lights! 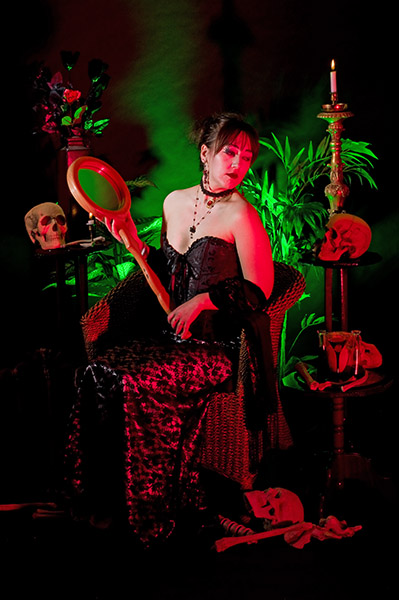 12 Sep Ooh – Look At All The Coloured Lights!

1960’s and 1970’s – heyday of the coloured gel in the studio. With the new flash systems you could put a piece of extremely expensive cellophane in front of the and fire them off and get funky effects. We knew they were funky because we saw them in advertisements in German magazines. A lot of us weren’t exactly sure what funky meant, but…

Reel forward ( Reel? I will explain reels to you later children, once the arthritis medicine kicks in.) to now and the necessity of applying delicate touches of colour to studio work. See the heading illustration. All major flash makers produce some form of gel holder for their light shapers – generally it will clip onto the front of a standard reflector: 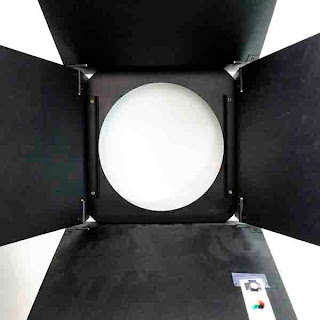 You can enclose the gel in a cardboard frame or you can slip it in there palin. What you cannot do is slip in a piece of cheap newsagency cellophane over a modelling light (I’ll explain cellophane children, as soon as the gout medicine ramps up.) as it will melt, catch fire, or start twerking. You have to use real gels designed to withstand heat. 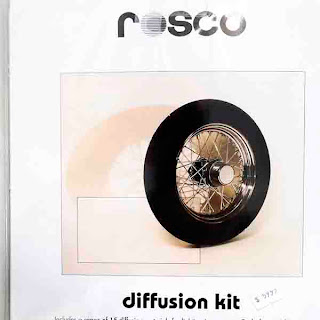 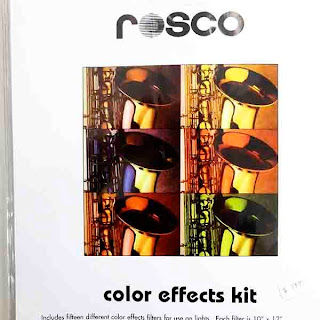 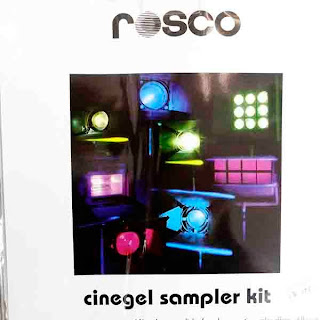 Enter the Rosco Gels. Here are a variety of them in convenient packets. You can get colour correction, violent tints, diffusion sheets, or theatre colours. Better still, I see the Rosco people can also supply the stuff in rolls – 48 inches wide and 100 square feet on he roll. This means you could gel a soft box as easily as you could do it on a standard reflector. The big rolls are a special order through us but the small packets are in-store now.

One thing to remember with gels. Too much is rarely enough.